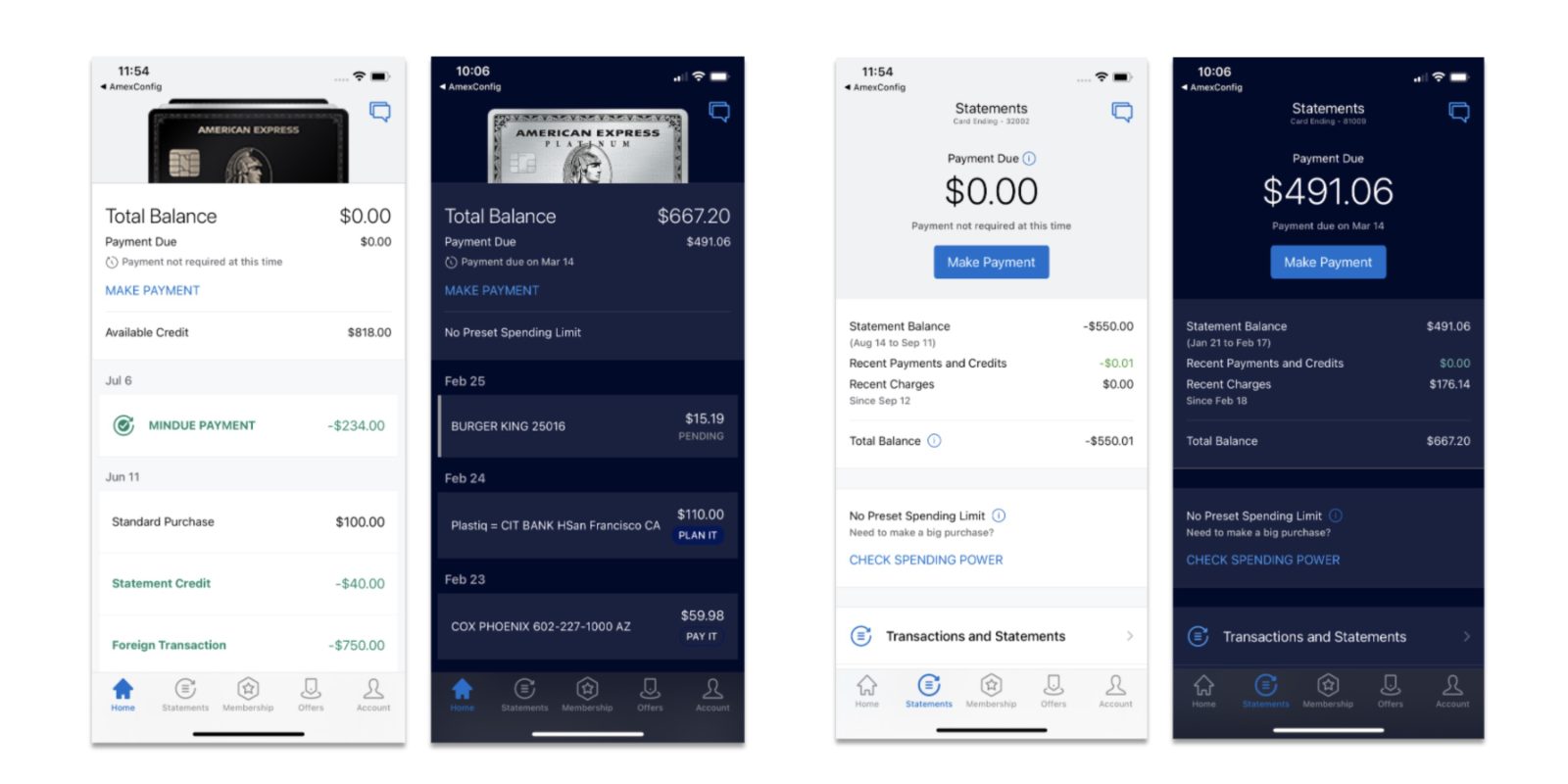 Dark Mode hit the mainstream for iPhone with official iOS 13 support back in 2019, but there are still apps that haven’t adopted the system-wide feature. Now Amex has officially launched dark theme support with its latest update and says that it’s the first card issuer to make the jump, even though it’s almost two years late.

The new Dark Mode option for the Amex iOS app is a dark blue hue – called “midnight blue” – and should certainly make it more comfortable for users to manage their accounts in low light. However, there doesn’t appear to be a true black option.

American Express says it launched the feature after hearing feedback from users and also has a full overhaul for the app coming later this year:

Amex prioritized this feature for its latest mobile app release in response to customer feedback, which indicated the update would decrease eye fatigue. The Amex team is setting the standard for customer-centric design and this is the latest feature rollout in that mission – leading up to a larger holistic redesign later this year.

The midnight blue dark theme is available with the 6.41.0 Amex iOS update and should automatically change along with your iOS system-wide settings.

Meghan Markle: Jeremy Clarkson lashes out at claims made in Oprah Winfrey interview

How to know if your Nest Hub has been updated to...