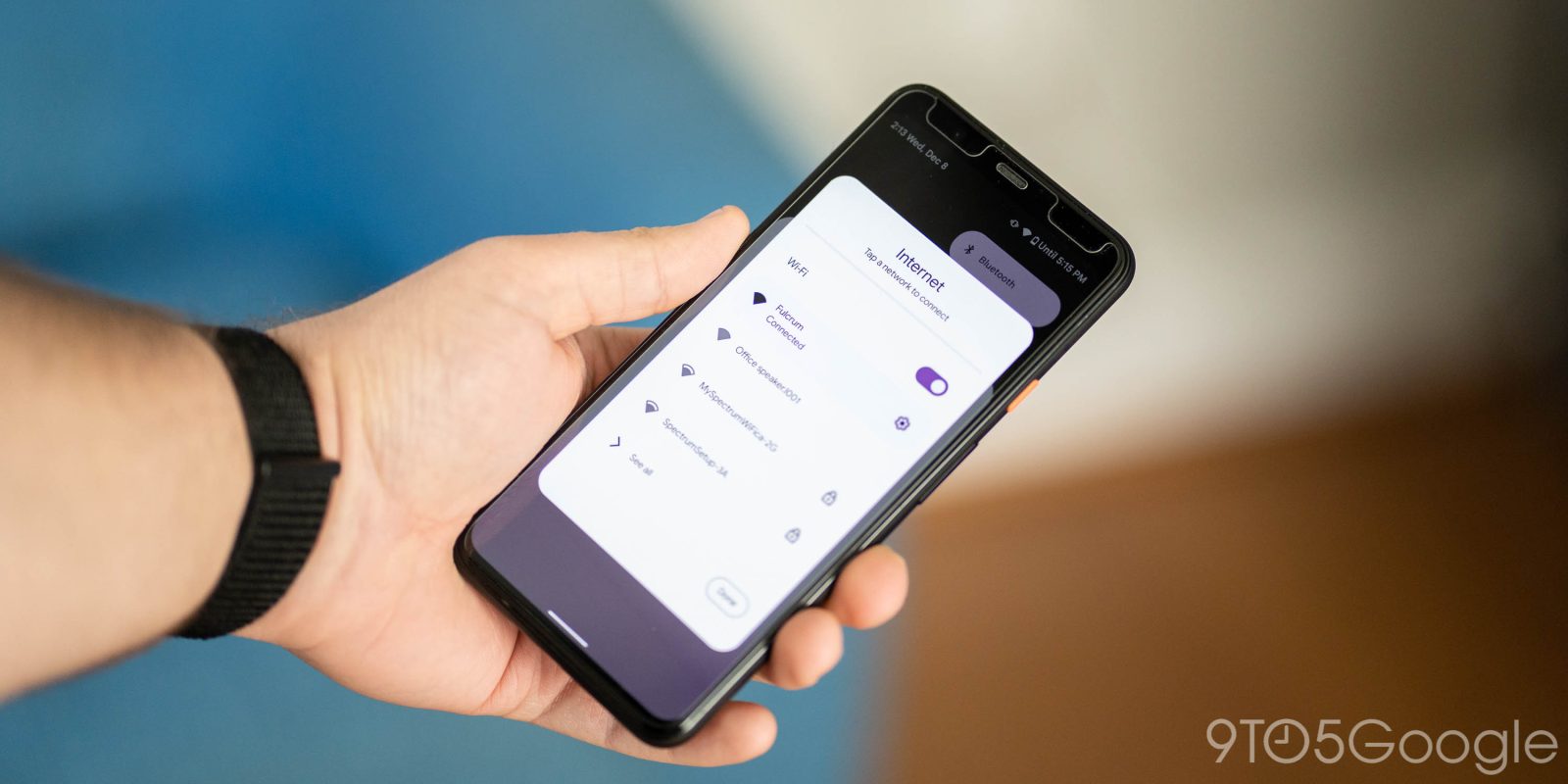 The first beta release for Android 12L has arrived, and it’s available on Pixel smartphones. Those devices can’t fully take advantage of most of Android 12L’s large screen optimization, but we can see some of Google’s other upgrades. One notable change is that, in Android 12L, Google is introducing a new style for its Internet toggle and other quick settings.

Google has been experimenting with pop-out UIs for the past several Android releases, and in Android 12L a new version has arrived with a centered UI that animates out of the toggle instead of the bottom of the screen.

The updated interface for the Internet toggle in Android 12L expands and immediately shows the Wi-Fi and data toggles – not pictured below as our demo device has no SIM card. This new UI also appears for the screen recording, but not for other toggles. Nearby Share, Screen Cast, and others don’t trigger this pop-out UI. One other area that does trigger the pop-out, though, is the multiple users switcher, which is also overall revamped in Android 12L.

This updated look is overall a minor change, but visually it fits in very nicely with the rest of Android 12L.

We’re still digging through what’s new in Android 12L. If you’ve spotted something we haven’t, let us know in the comments below or on Twitter!