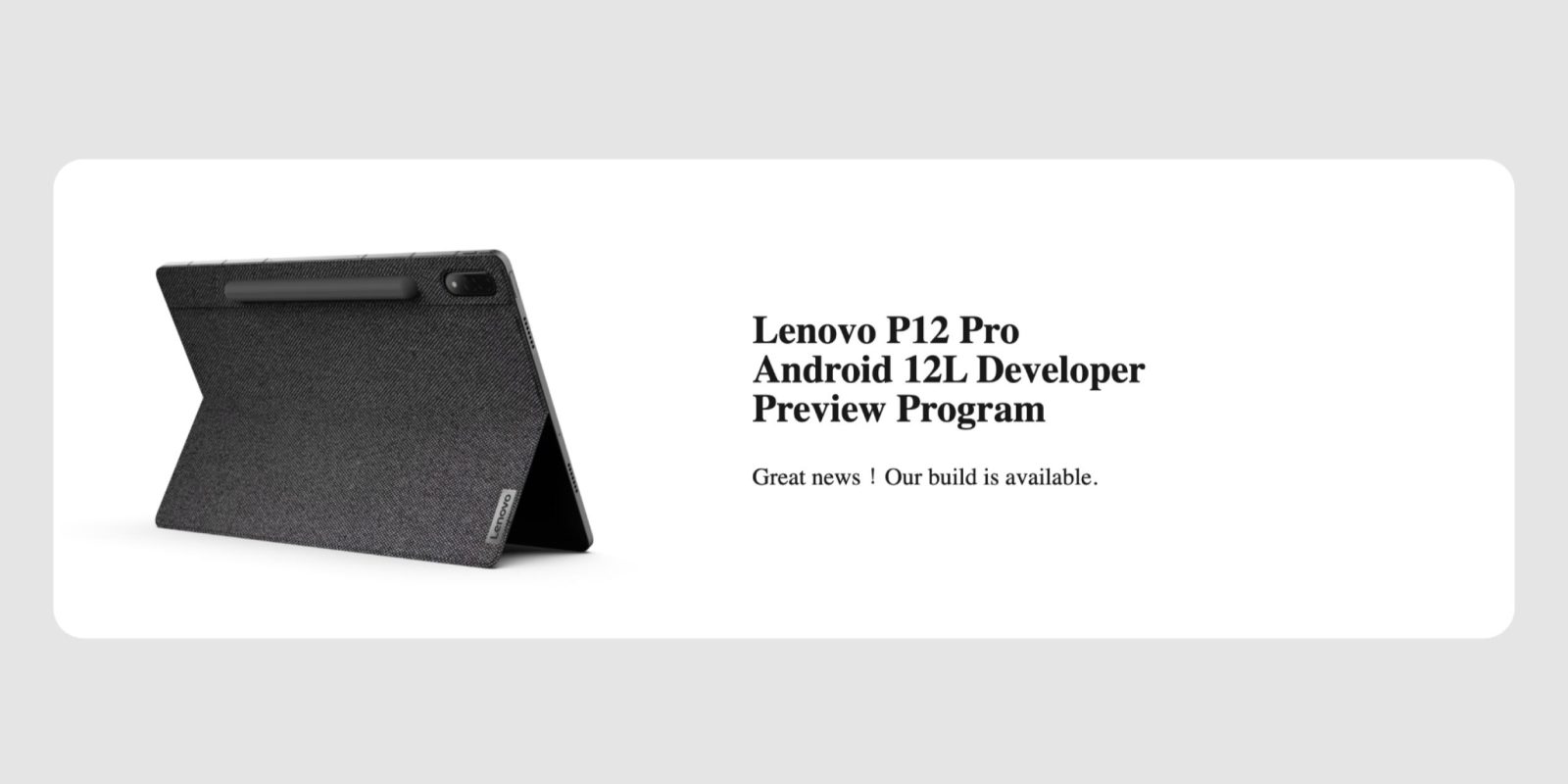 Google will release the first Android 12L Beta sometime this month. Until then, those with the Lenovo Tab P12 Pro can install Android 12L Developer Preview 1.

The “Lenovo P12 Pro Android 12L Developer Preview Program” is available directly from lenovo.com instead of a Google site. Android 12L DP1 is running a 2021-11-01 security patch and is the “first large screen optimized Android OS with new APIs for application developers to provide a better app usage experience in landscape mode, including easier multitasking, system UI optimization, and more.”

Android 3.0 Honeycomb erasure aside, Lenovo warns that DP1 is “intended for application developers only.” Install instructions are available here.

Although strenuously tested by our development team, the builds may display performance and/or stability issues in some instances.

Some applications downloaded from the Google Play Store may not be supported (either in full or partially) and may behave erratically.

Meanwhile, Lenovo identifies the following “limitations” and warns that only the Wi-Fi model (Lenovo TB-Q706F) can install Android 12L DP1:

Device-specific issues can be reported through the preloaded Feedback app. Meanwhile, you can return to Android 11 by following these instructions.

As far as we can tell, the Lenovo Tab P12 Pro has only gone on sale in the UK. As such, the emulator is still the best way to access the next major version of Android.