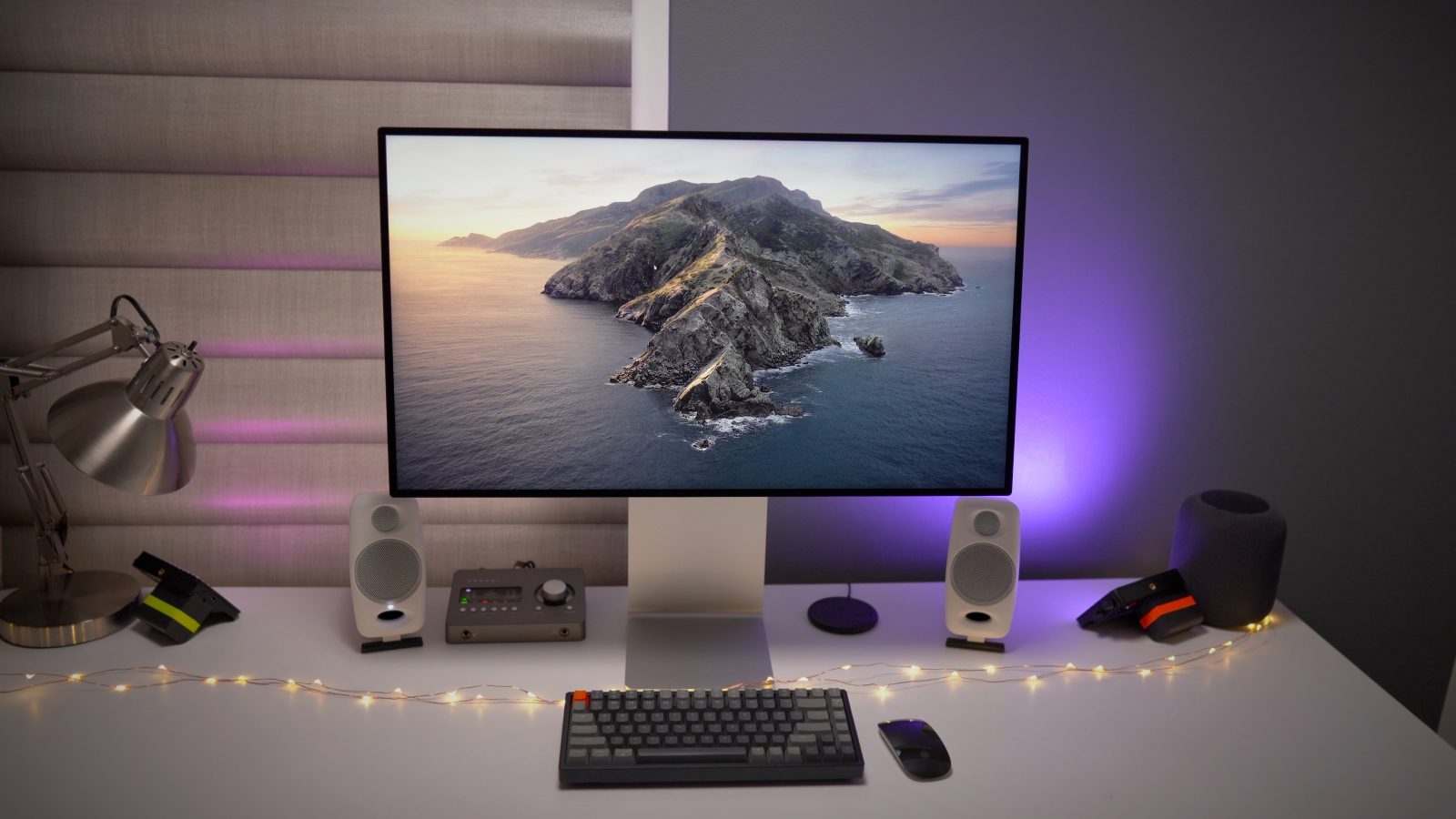 Back in July, 9to5Mac reported that Apple was testing a new external display with a dedicated A13 chip and Neural Engine. Now, a leaker is also corroborating that the company seems to be working on an improved 32-inch Pro Display XDR with custom silicon.

Dylandkt has been the most prominent leaker over the past year regarding Apple announcements, and he’s back today with a Twitter thread about three displays the company is in early development on. He writes:

There are three LG made Displays encased in unbranded enclosures for usage as external monitors that are in early development. Two of which have the same specifications as the upcoming 27 inch and current 24 inch iMac displays. The other display seems to be an improved 32 inch Pro Display XDR. Despite the lack of branding, It can be assumed at the very least that this display will be Apple branded.

Then, Dylan says that “there seems to be a reference to custom silicon powering the 32-inch display,” which could be the next generation of the 2019 Pro Display XDR. On the other hand, he believes the other 24-inch and 27-inch displays won’t feature custom silicon, as he wasn’t able to find any reference.

Another tidbit about these displays is that the 27-inch and 32-inch monitors “seem to have miniLED displays and 120hz variable refresh rate,” which corroborates with a recent report from DSCC that the next iMac Pro will feature these technologies and this display size.

Here’s what 9to5Mac wrote in July about this new external monitor that could be a next-generation Pro Display XDR:

The new display is being developed under the codename J327, but at this point, details about technical specifications are unclear. According to sources, this display will have an Apple-made SoC, which right now is the A13 Bionic chip — the same one used in the iPhone 11 lineup. Along with the A13 chip, the external display features the Neural Engine, which accelerates machine learning tasks.