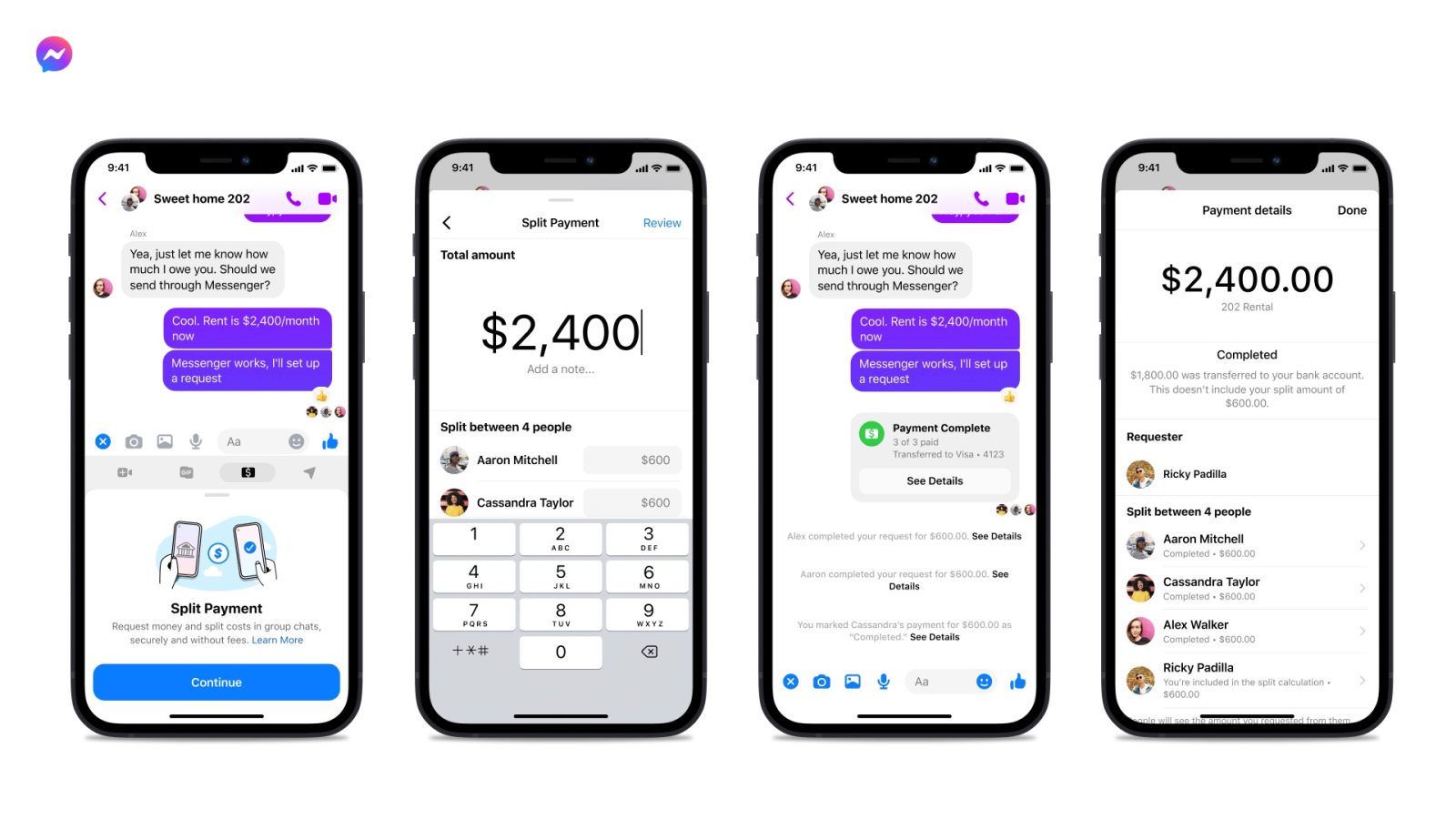 Meta (formerly Facebook) on Friday announced a small but important update for Messenger users. Starting next week, Messenger will let users split their bills with friends and family, which can be quite useful in places like restaurants.

As announced by Meta in a blog post, the “Split Payments” feature makes it easier to split payments through Messenger. With just a few taps, users can not only invite other people to split a bill, but also set the amount each person will pay.

The company behind Messenger says that users will even be able to ask other people in a group for money and check if all the people invited have paid the bill or not.

If you’ve struggled with dividing up (and getting paid back for) group dinners, shared household expenses or even the monthly rent, it’s about to get easier. Next week for Messenger fans in the US, we’re starting to test Split Payments, a free and fast way to share the cost of bills and expenses.

But changes in how users can pay with Messenger is only part of this update, as it also comes with new Soundmojis (which are emojis that play sounds) and four additional Group Effects, which adds AR effects to video calls in Messenger.

Unfortunately, according to the Messenger team, the bill splitting feature is still in beta and will be exclusive to the US at first.