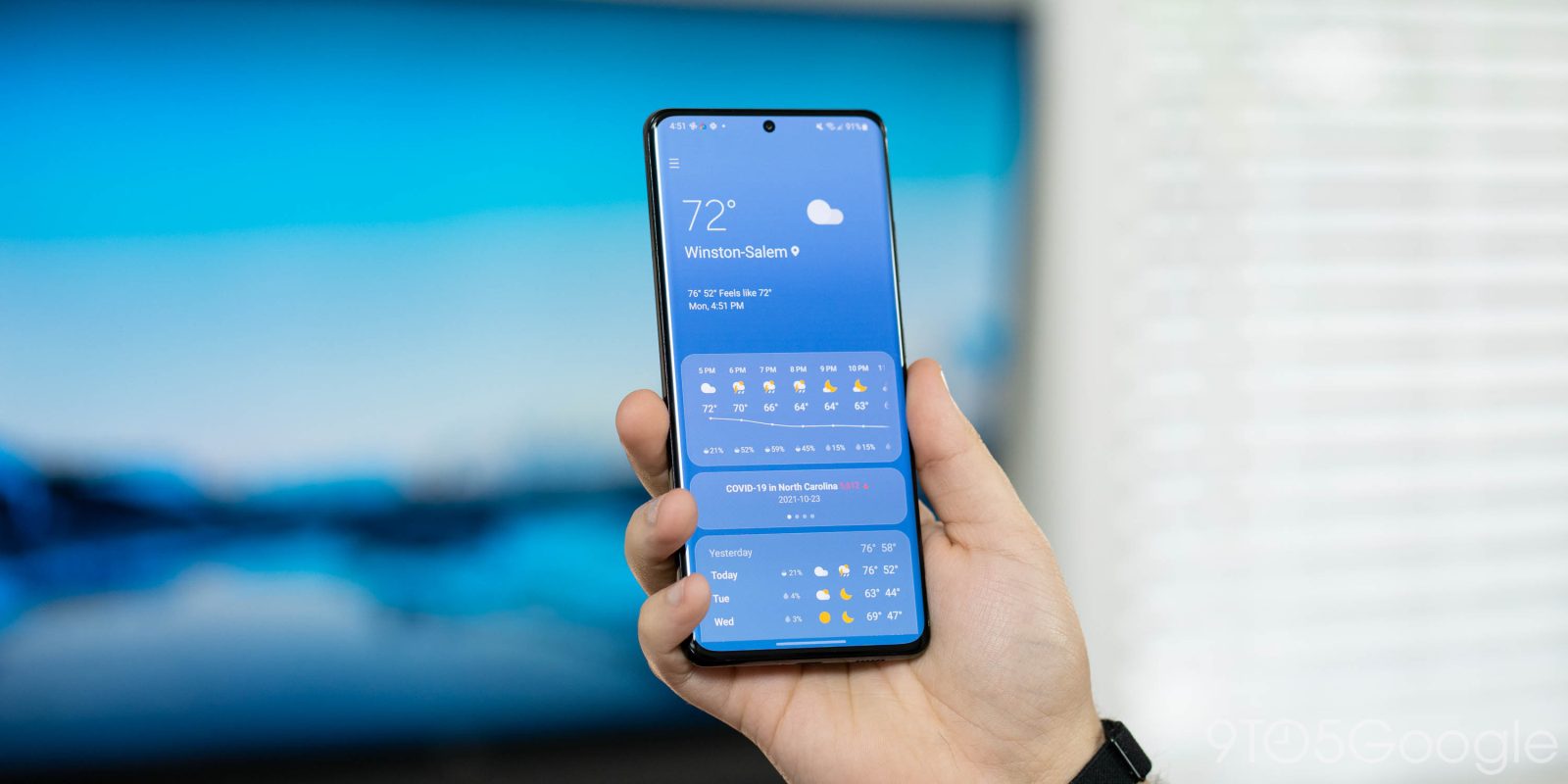 The third One UI 4 beta builds on the Android 12 base by integrating the finalized AOSP code that Google released earlier this month. That doesn’t mean this is a stable build, but it is based on what Google considers “final” and what is also used on Pixel phones, such as the Pixel 6 Pro we just reviewed today.

Further, this updated build brings several bug fixes including partially translated menus, a glitch that caused the phone to reset after changing the theme, an error where Bixby didn’t work on the lockscreen, and other issues that sound minorly annoying.

The biggest visual change, perhaps, is an overhaul to the Samsung Weather app which now more closely resembles the company’s Android 12-themed widget which came in a recent update. Visually, the overhaul looks much nicer than what came before, especially now that the ads are gone.

The only other user-facing change outside of the new Weather app is that Samsung has added the “stretch” overscroll effect that Google added to Android 12, something you’ll either hate with a passion or completely forget about. Notably, Samsung’s take is a bit more subtle than Google’s originally was.