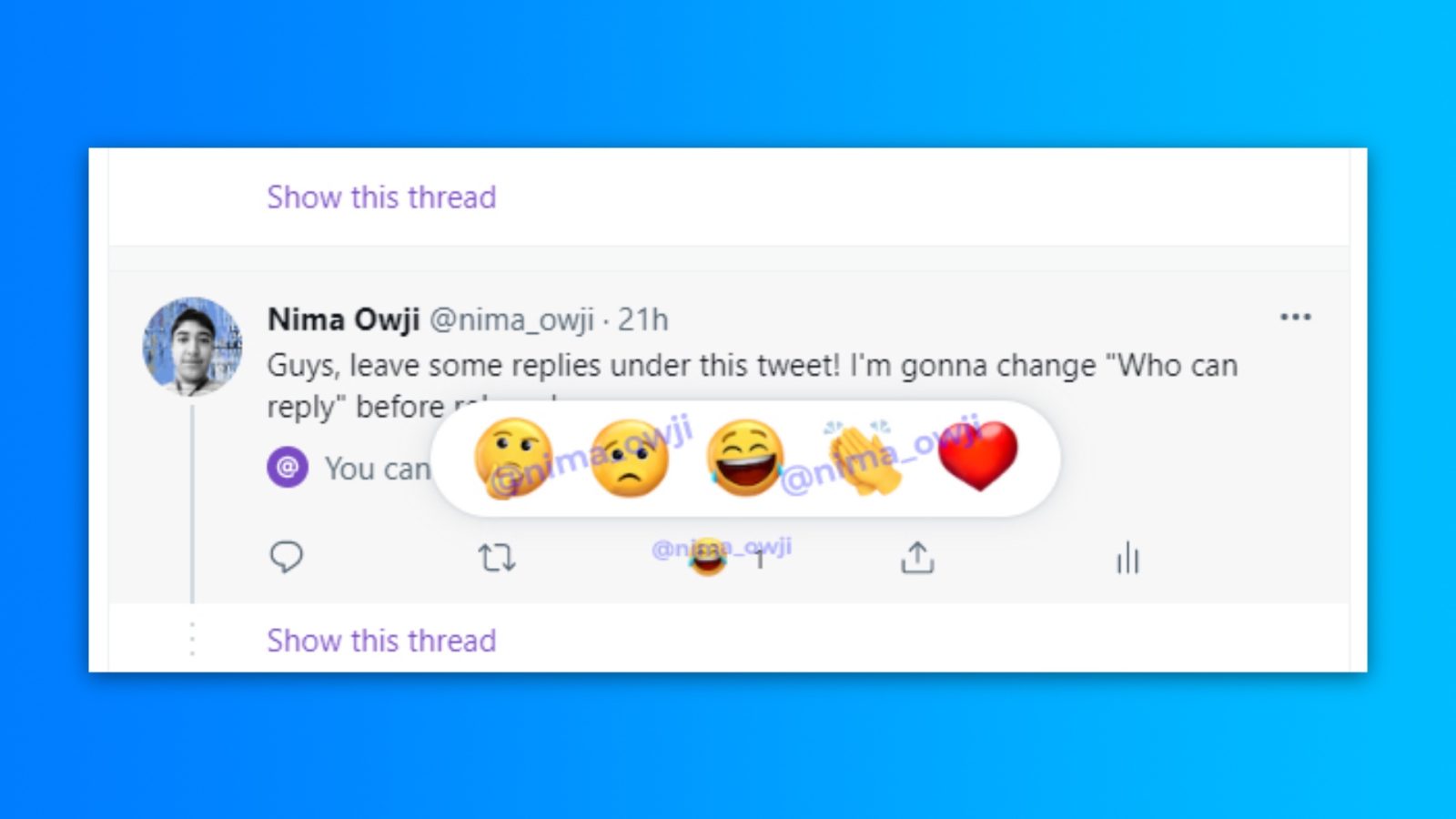 Twitter is having a very busy year. The company has launched many features for its users and although we are almost in December, the app might have a few more surprises hidden for people.

According to reverse engineer Nima Owji, we might be close to the release date of Reactions. This feature, which started being tested a couple of months ago, is set to launch soon, as Owji was able to find references to that in Twitter’s code.

With four new reactions, “tears of joy,” “thinking face,” “clapping hands,” and “crying face,” this feature is designed to give users the ability to better show how conversations make them feel, and to give users “a better understanding of how their Tweets are received.”

Not only that but Nima also said that Twitter is now able to store data about the downvotes feature, which is another indicator that this function will be released sooner rather than later. The reverse engineer also notes that the company changed the downvote position as well, so it will appear before the like button.

Twitter has even added a new tab explaining how downvotes work:

Mark Wahlberg has a shaved head